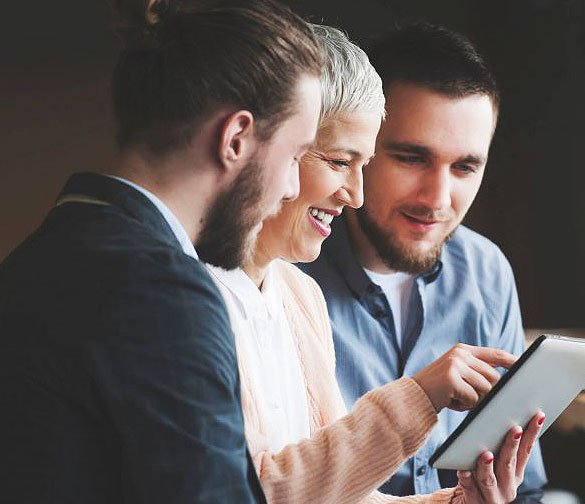 Get Vanuatu citizenship for you and your family

Start your offshore life style with your second or third citizenship, You know What We Mean.

The Vanuatu citizenship application process is the world fastest program.
It’s a straightforward process which takes about 45 days processing time and is divided into 02 stages.

The application process starts with the client’s background check conducted by the FIU ”Financial Intelligence Unit” of Vanuatu. It’s the first step where each applicant should apply to clear it’s eligibility to acquire Vanuatu Citizenship and Passport. It’s a due diligence and background check process on the individuals interested in becoming a Ni- Vanuatu. The FIU processing time takes 1 to 3 working days to get cleared. The documents required are as follows:

Once the applicant is cleared by the FIU, that means he is eligible to acquire Vanuatu citizenship. At the stage two requires the applicant to submit the full documentation ( check list upon request) and the full government payment. Once the funds are sent to Smart Earthworks Vanuatu, the clearance process of the funds takes about a week to be released. The main important part of the process occurs when the funds are cleared from our account and transferred to the Vanuatu government account ( DSP account ). The local team in Vanuatu submits the full documentation to the citizenship commission for the screening process ( committee sitting ) which happens twice a month. The citizenship certificate and the passport are issued in about 15 days after the committee sitting. At this final stage, our team organizes with the client, the date, and location for the delivery. 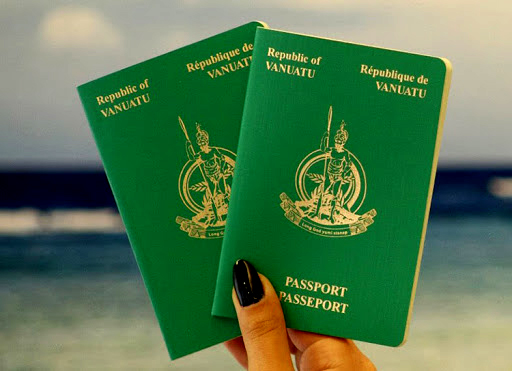 Why We Are Here

We Are A Global Agents Network Of Citizenship Specialists To Assist On Your Offshore Requirements. We have representatives In Vanuatu, Dubai, Istanbul, Italy, India, Moscow and many other parts of the world. Contact Us Now For Your Free Consultation And Allow Us To Assist You On This Incredible Journey. Don’t Waste More Time And Apply Now For Your Second Passport.

The total cost for Vanuatu Citizenship consists of the government fee + our legal fees + the $5000 Due Diligence Fee.  Our fees include the following services: Company’s management fee, Citizenship application fee, passport printing, and package delivery fee.

Name Change after getting Vanuatu Citizenship: $15,000

You can drop message for any query

We can help guide you with your Vanuatu citizenship process

Vanuatu comprises a group of 83 islands, situated some 2,250 kilometres north-east of Sydney, Australia, and 800 kilometres west of Fiji. The total land area is approximately 14,700 square kilometres and the territorial waters, cover approximately 450,000 square Kilometres. The climate of the group varies from tropical in the northern extremities to subtropical in the south. The average midday temperature in Port Vila (the capital) is 29°C in summer and 25°C in winter, and rainfall is about 235 centimetres (90 inches) annually. Both the climate and arable soils are very conducive to the development of land and livestock husbandry. The population is approximately 280,000, of which some of Vanuatu 95% are indigenous “Ni-Vanuatu” of Melanesian origin with the remainder consisting of Europeans, other Pacific Islanders and Asians. English and French are the official languages of the country, whilst Bislama (local dialect ) is the national language. Depending on daylight saving, Vanuatu is 11 to 12 hours ahead of GMT (i.e., 1 hour ahead or the same time as Sydney and, 3 hours ahead of Hong Kong).Business hours in Port Vila are 7.30am to 11.30am and 1.30pm to 5pm, Monday to Friday.

Vanuatu is a parliamentary democracy. Independence was attained on 30 July 1980, after 74 years of joint rule by Britain and France. Prior to Independence the country was known as the New Hebrides. The legislature consists of a single chamber, 52 member parliament for which general elections are held every four years.

The Head of State is the President of the Republic, who is elected for a period of five years by an electoral college consisting of Members of Parliament and the Presidents of the Regional Council. The legal system is based on English law and adjudicated upon by the Supreme Court of Vanuatu.

In recent times the Vanuatu economy has benefited from investment in the tourism, light industrial and agricultural sectors. The activities of the Financial Centre since its creation in 1969 have also contributed significantly to the economy. The country’s principal exports are copra, beef and timber products. Vanuatu currently has no personal or corporate income taxes, nor are there any withholding taxes, capital gains taxes, gift, estate or death duties for residents or non-residents.

The local currency, the Vatu (Vt) floats against a basket of currencies and is consequently stable. There are no exchange controls and bank accounts can be held in any of the major international currencies which are freely traded in Vanuatu. There is no local restriction for either residents or non-residents on the movement of funds in any currency into, or out of Vanuatu.

Vanuatu has several commercial banks such as ANZ, BSP (Bank of South Pacific), BRED and NBV (National Bank of Vanuatu). Interest rates obtainable from deposits in foreign currencies through the banks operating in Port Vila are broadly competitive with those obtainable on the world market. January 2018 Loans are available from the commercial banks after the usual level of scrutiny and the provision of adequate security. Interest rates on foreign currency borrowings are again broadly in line with rates obtainable internationally.

If sailing on Vanuatu waters only, vessels must be registered under the Shipping Act [CAP 53]. The local shipping register is maintained by the Director of the Department of Ports & Marine in Port Vila, Vanuatu. Registration or licensing of vessels (other than a foreign registered vessel) operating within Vanuatu’s economic zone (vessels over 8 metres in length engaged in commercial fishing or commercial trade and vessels that carry passengers for hire) must be registered pursuant to section 2 of the regulation. A permanent Certificate of Registry is issued upon registration.

If sailing on international waters (whether for foreign trade charters or pleasure) vessels must be registered under The Maritime Act [CAP.131]. Vessels are registered with the international shipping registry which is administered by Vanuatu Maritime Services Limited (“VMSL”) a privately held Vanuatu company operating under contract to the Vanuatu Government as the Maritime Administrator. VMSL operates the Central Registry and day to day activities from its offices in New York.

The following is a brief outline of some of the different areas where Vanuatu generates income (or not) through ‘indirect taxes’.

Vanuatu is the longest established offshore finance centre in the Pacific (over 30 years) and is in a favourable time zone for those conducting business in the Asia Pacific region. The statutory framework for the operation of the offshore Financial Centre comprises the Companies Act (which is based on English law) the International Companies Act, and Acts and regulations relating to Banking, Insurance, Stamp Duties and Trust Companies. This framework is administered by the office of the Financial Services Commissioner and Reserve Bank of Vanuatu in the case of banking and insurance, and is adjudicated upon by the Supreme Court of Vanuatu.

Get To Know About Vanuatu

I am happy with the services, now I have the second passport and more travel freedom

Mark StoneBusinessman
I highly recommend Vanuatu Second passport, it's easy to apply. I got it for me and my family.

Get latest tip and treaks on your mail